This was posted on USA Cycling: https://www.usacycling.org/evelyn-stevens-to-attempt-womens-uci-hour-record.htm 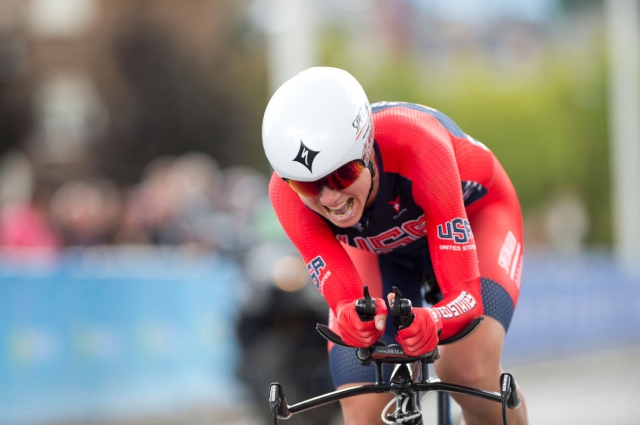 Stevens will attempt to break the UCI Hour Record on Feb. 27.

“While attempting to break the UCI Hour Record is exciting for me and my career, I’m also proud to help shine a light on women’s cycling,” Stevens said. “This will be a special day, and it’s an honor to make my record attempt under the new dome at the Colorado Springs Olympic Training Center Velodrome.”

The UCI Hour Record measures an athlete’s distance traveled on a velodrome track in 60 minutes. Stevens, a road cyclist, will be the first American to attempt the record since Molly Shaffer Van Houweling set the record of 46.273 km on Sept. 12, 2015, in Aguascalientes, Mexico.

In May 2014, the Union Cycliste Internationale (UCI) modernized and simplified the rules regarding the UCI Hour Record; the record can now be tackled using any bicycle that conforms to the rules defining the characteristics of the bicycles used in endurance track events. Following the rule change, eight men have challenged the record, with Bradley Wiggins (GBR) setting the current bar of 54.526 km. In addition to Bridie O’Donnell and Molly Shaffer Van Houweling, Sarah Storey (GBR) also had a go at the women’s record.